This renovated flat in the iconic Russian Hill neighborhood brings all the charm of San Francisco's most beloved architectural era into the modern age, with easy access to all daily necessities via a cable car ride steps from your door. Offering a flexible open floor plan with multiple enclosed rooms, 2124 Hyde St #1 is ideal for entertaining, but also living, and working from home. Residence #1 features a cozy private deck; gourmet kitchen with stainless steel appliances and custom cabinetry; and a gorgeous primary bedroom suite with adjacent designer bath.

2124 Hyde features an absolutely charming, sunny front living room with original hardwood flooring and a French bay window with green neighborhood views. Adjacent to the living room is an open chef's kitchen with natural stone counters, and stainless steel appliances. A private deck is available from the primary bedroom which offers excellent closet storage and great light via an oversized window. The sunny guest bedroom features city views and an efficient layout.

Giving you the ideal combination of upscale Russian Hill boutiques, access to downtown SF, and foodie hotspots in Upper Polk Gulch and lively North Beach, 2124 Hyde is one of the best opportunities to own a home in an iconic San Francisco neighborhood. This neighbor friendly 7-unit building is a block from scenic Lombard Street, the crookedest street in San Francisco, and other prime attractions like Chinatown and Fisherman’s Wharf within short walking distance. 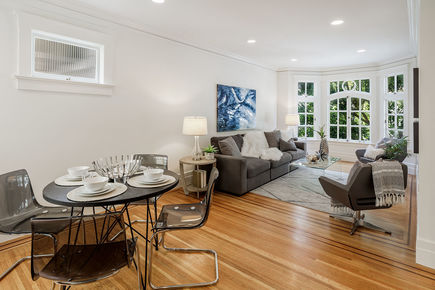 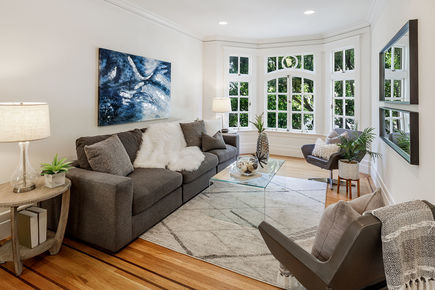 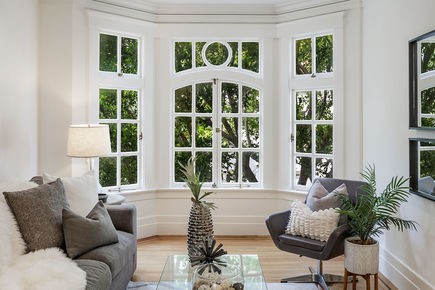 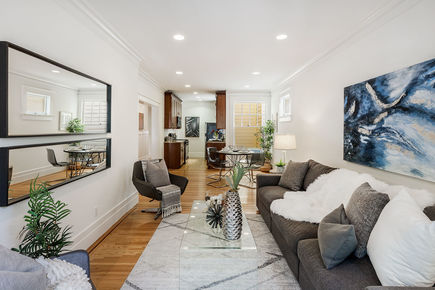 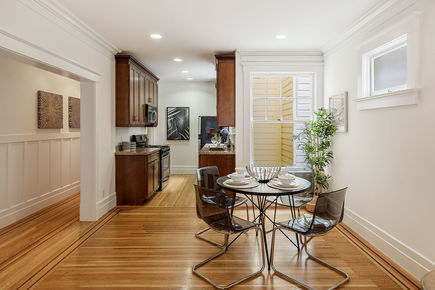 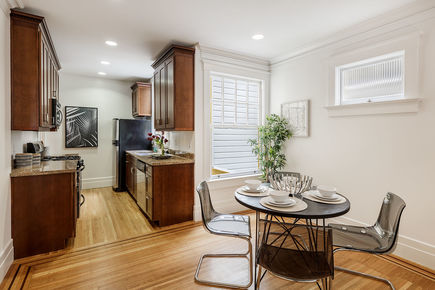 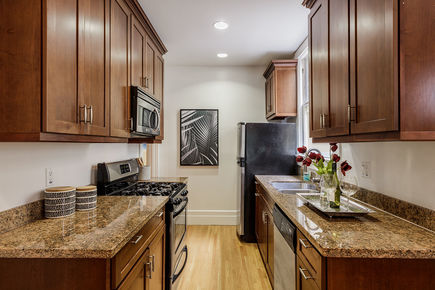 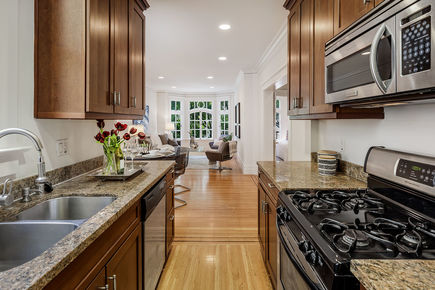 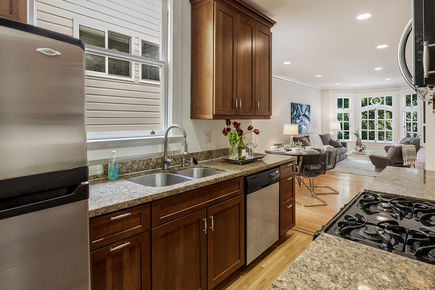 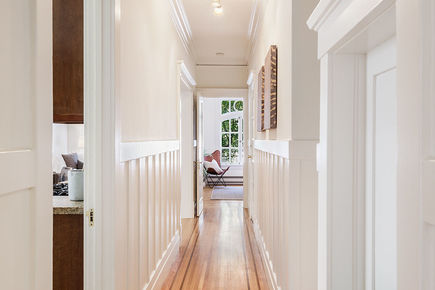 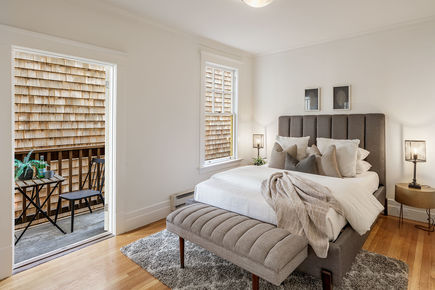 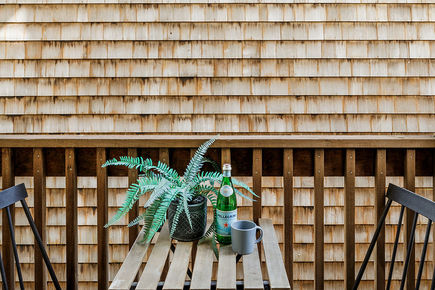 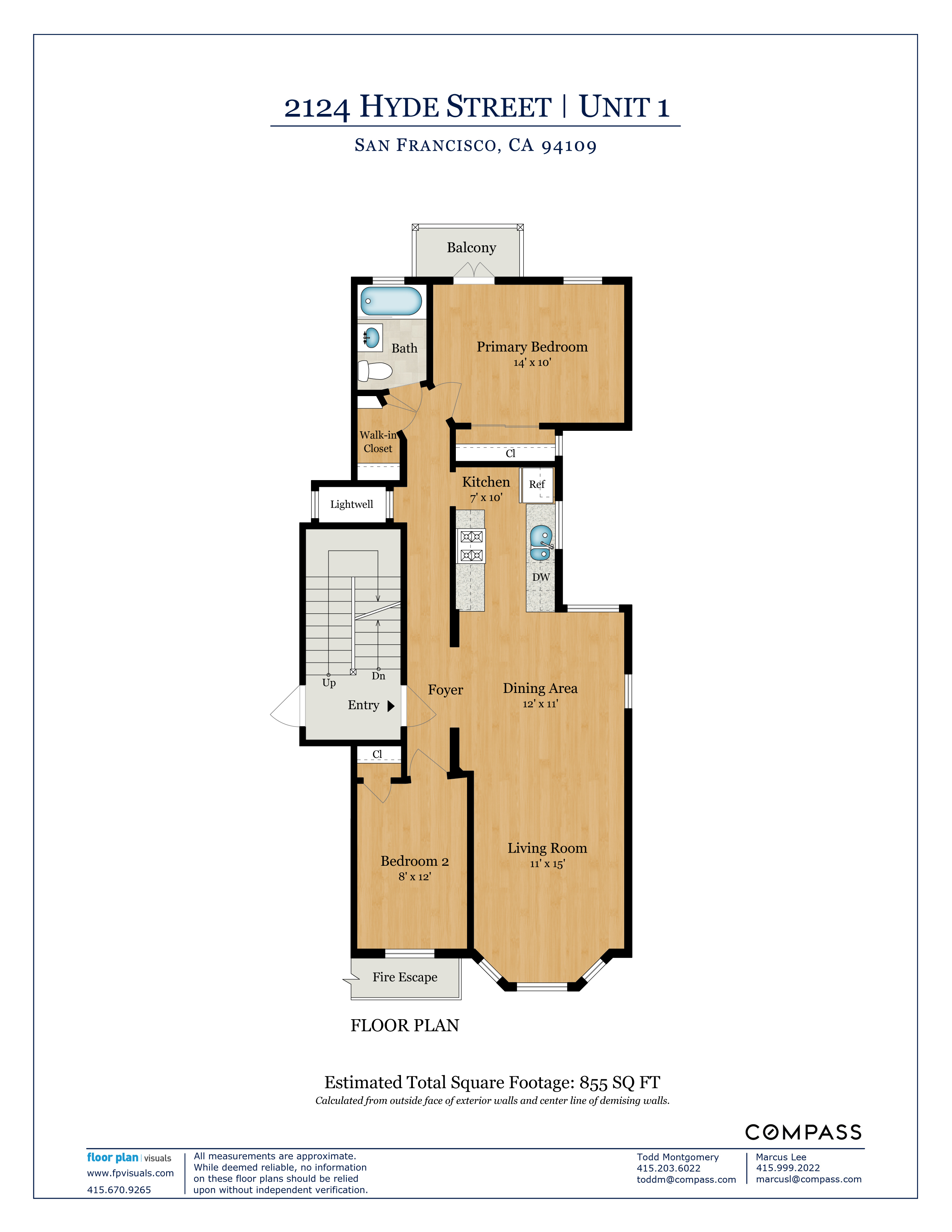 Russian Hill is a quaint, upscale residential community known for the famously crooked Lombard Street, a major tourist destination. The iconic San Francisco cable cars crest the neighborhood’s hills, which provide views of a number of city landmarks including the Golden Gate and Bay bridges. Commercial stretches along Polk and Hyde Streets offer an assortment of trendy and old-school restaurants, bars and shops.

The neighborhood is most famous for Lombard Street, the one-way section on Russian Hill between Hyde and Leavenworth Streets, in which the roadway has eight sharp turns (or switchbacks) that have earned the street the distinction of being "the crookedest street in the world". The switchbacks design, first suggested by property owner Carl Henry and instituted in 1922, was born out of necessity in order to reduce the hill's natural 27% grade, which was too steep for most vehicles to climb. As it is one of the most famous tourist attractions in the city, this section of the neighborhood is frequently crowded with tourists. Tourists also frequent the famous cable car line along Hyde Street, which is lined with many restaurants and shops.

A small park at the top of the hill on Vallejo Street features a small plaque and memorial placed by the Russian Government that is dedicated to the original Russian cemetery that is the neighborhood's namesake. Another park is named after Ina Coolbrith.

Views from the top of the hill extend in several directions around the Bay Area, including the Bay Bridge, Marin County, the Golden Gate Bridge and Alcatraz. Russian Hill is home to the San Francisco Art Institute, located on Chestnut Street between Jones and Leavenworth Streets. Academy of Art University also maintains a presence in this neighborhood with their Chestnut St. building hosting their fine art MFA studios, photo classrooms, and photo studios. Because of the steepness of the hill, many streets, portions of Vallejo and Green streets, for example, are staircases. Another famous feature of Russian Hill are the many pedestrian-only lanes such as Macondray Lane and Fallon Place, both with beautiful landscaping and arresting views.Alice Marble Tennis Courts are four hardcourt tennis courts located at Lombard and Hyde Streets. The courts offer a view of the bay and North Beach and can be unsuitable for tennis on windy days. A basketball court is located adjacent to the tennis courts. The San Francisco Cable Cars serving the Powell-Hyde line stops nearby.